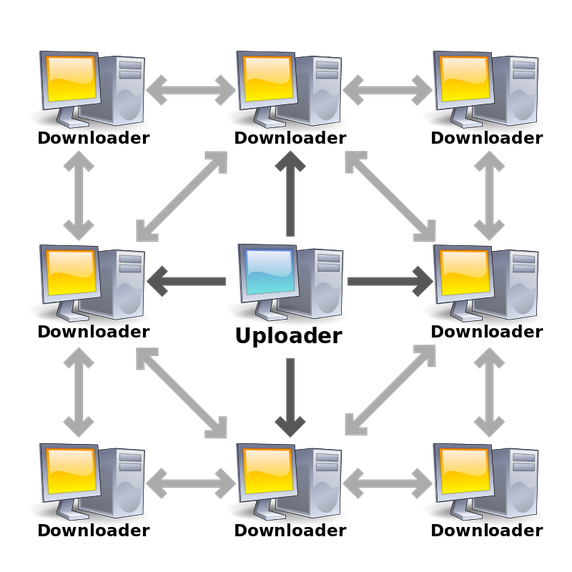 So you’ve downloaded quite a few things, but you’ve noticed that everyone insists on getting torrents with lots of “seeds”. And maybe you’ve seen the count of “seeds & peers” on your download software or webpage? So exactly, WHAT are those?

It’s actually very simple. Seeds are other computers that have that torrent that have the full set of files and have it 100% downloaded and is connected and offering the files to others. Peers are the same, but DON’T have the full set, they are still downloading the parts they need.

Still not clear? Ok, let’s go through it again.

The Bittorrent protocol is a server-less system. That means everyone is running the same software and everyone is the same to each other, no-one is more important or less important.

So, somebody decides to share a file, and share the initial .torrent file so others know he is sharing it. Then he ‘start’s the torrent, and he becomes the first ‘seeder’, because, as the name implies, he is planting the first data that will ‘grow’ (or copy itself) onto others.

Now, others, that don’t have anything at all will begin transferring this initial data, and save it locally. As soon as they have a full ‘piece’, they will also begin sharing it with other ‘peers’. So now, all ‘peers’ are sharing the pieces they’ve gotten and sharing between themselves.

So, even torrents that have only 1 seeder can be transmitted quickly, because the peers are also pitching in.

Seeds are also called ‘uploaders’ because they only upload, or send data, they don’t need to download because they already have all the pieces: 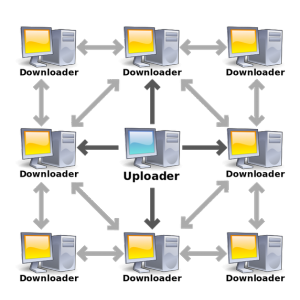 Also, any peer or downloader that finishes all its pieces will convert itself into a seeder, and the seeder count will increase.

So, when you select a torrent, be aware that if it DOES NOT have any seeders, the torrent will NOT finish, until at least one peer finishes and becomes a seeder. No matter how many peers there are, at least one has to finish getting all the pieces together.

Also, if a torrent has many, many seeders, it will most probably download much faster than others with less seeders.

On Transfercloud.io we display how many seeders & peers the torrent module detects, and will try to connect to the most possible to download fast. On popular torrent with hundreds of seeders is very common to see it download in seconds. Try it out and see!

One Reply to “Exactly WHAT are Seeds and Peers?”